Categories Menu
Home » The Two Of Us

The Two Of Us

I’ve got the perfect solution,” exclaimed Allen, “we’ll live on a

boat!” Two boat shows, many red eye flights, volumes of sailing articles, blogs, and books, and ten months later, we began our journey aboard Gémeaux. It all happened in the blink of an eye.

My son, Nick, would graduate from high school and begin college in September 2017. All the other children from our two families were grown and living on their own. So now what? I lived in Danville, CA. Allen lived in Pleasanton, CA. Neither place had enough appeal to beckon a move. And while both of us had explored a lot of the planet, no single place beckoned a move there either. The obvious solution–we required more wandering. 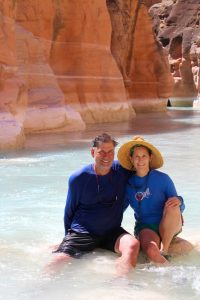 Allen and I met in 2006 through a mutual love for photography. I was photographing swim meets and families for their Christmas cards and Allen was photographing youth hockey through his hobby business, Hockeyshots. At one particularly large tournament, Allen was looking for contract photographers to shoot games. Armed with little knowledge of hockey but with a 300m lens that promised to catch everything on the ice, I signed up. It was a short-lived run–the boss was too gruff and I had better things to do than to hang out in a cold hockey rink.

Six months later the rug was pulled out from my comfortable life when I received an anonymous letter that would change my life. Divorce, custody battles, and attorneys shattered my life. One person offered to help me out. Allen invited me for tea, gave me a stack of books, and away I went. Some time later, he checked in and asked if I would like to go for a hike. We’ve been hiking ever since.

I spent several years being “rescued,” as my life was turned on its head and I endured an agonizing loss of self-esteem and despair that even today twists my heart. Divorce proceedings lasted three years, throughout which Allen constantly advised, “Stay on the high road and you’ll be okay.” That damn high road was filled with a lot of potholes and crevasses, where often I would fall miles below. Eventually, though, I clawed my way back onto the path and as I created a new life and photography business for myself, I began standing firm on my feet again.

As Allen and I explored the hi

I discovered first a friend and later a partner. Allen offered understanding and patience, but also restored my love for the outdoors and adventures–a piece of my life that slowly had slipped away and was hiding under that rug, just waiting to be rediscovered. Sunrise hikes turned into river trips and skiing evolved into the trip of a lifetime–retracing Ernest Shackleton’s trip across Antarctica’s South Georgia Island on snowshoes. We’ve had some amazing adventures together–why not sailing? 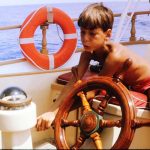 Allen grew up in the world of sailing. Aboard a 32-foot sloop, his parents introduced Allen and his three older siblings to weekends of sailing from the Southern California coast.  Allen remained in the sailing world as a young adult racing Hobie 18 catamarans in between launching a career in the tech industry. His dream–sail around the world. But the temptation of never returning and becoming a wandering hobo kept him focused instead on a successful career in the San Francisco Bay area.

My sailing experience? None. Nada. Zippo. But I love adventure, nature and anything outdoors. My dream–wander the planet and write about and photograph women. Okay sure, I can wander via sailboat. So, I started reading “Sailing for Dummies,” learned the difference between lines and ropes, and began shifting my photography models from high school senior girls to sea turtles and interesting women in our world. 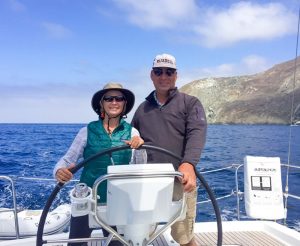 Life’s a journey, laced with unexpected sorrows, but also filled with the unexpected joys. Who can predict what will happen tomorrow? So, with our nest officially empty, we choose today to continue the journey. Come wander with us…